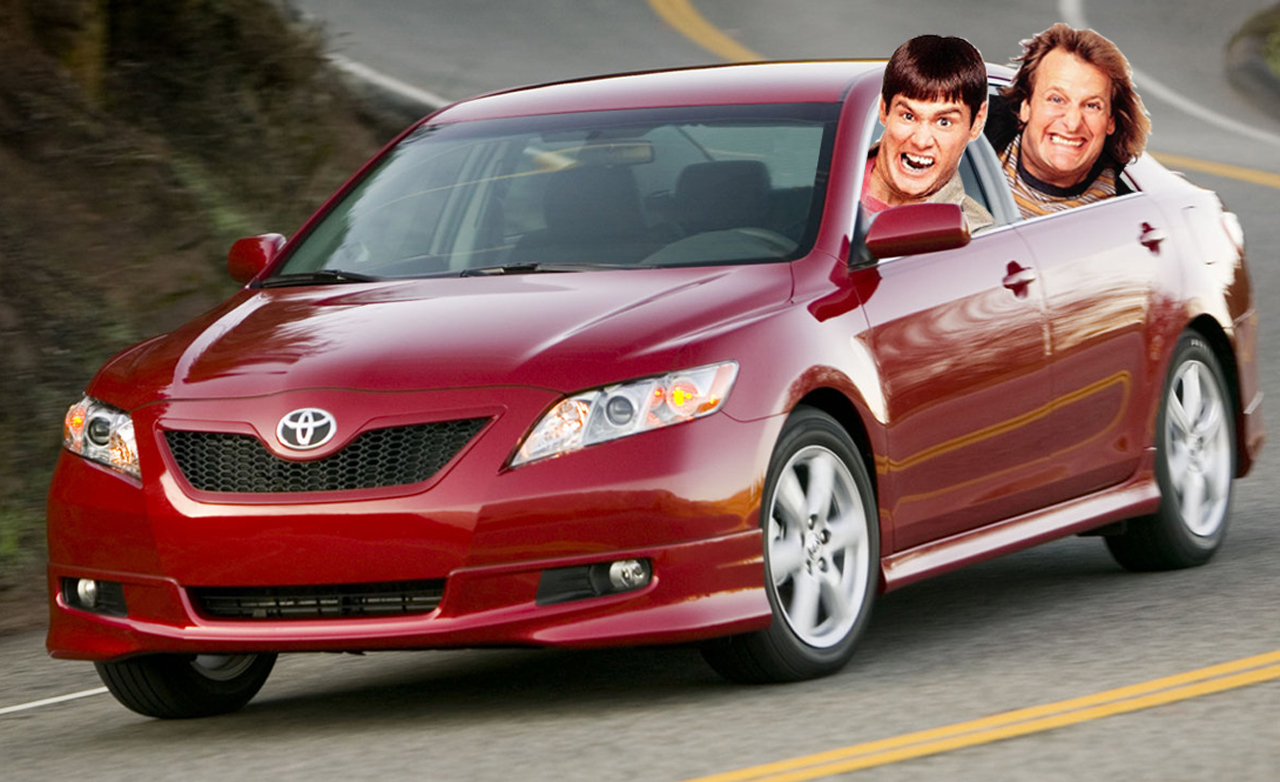 I don’t know why but generally it seems that the Dutch are simply poor drivers.  For instance, when there’s fog, rain or snow, you get either people who panic and suddenly think it’s best to drive at a speed that would embarrass an asthmatic hippo. Or you get people that drive on with an attitude of “damn the torpedoes, full speed ahead!”. Either one is fairly dangerous, the second obviously more so than the first, but still. If people would just match their speed to the circumstances and the traffic around them, things would be fine, but no, they simply don’t look further than the hood of their cars.

Today, I ran into (no, not literally) another fine example of a poor driver. This one seemed to be your average slow driver. You know the type: going 60 kph where 80 is the speed limit. It doesn’t bother him one bit that there are three cars behind him who want him to put his right foot down a bit more. I am driving the middle car of the three cars behind him. We’re approaching a roundabout, which is at this point about a kilometre away. There’s no traffic from the other direction and the nearest crossroads is about 600 metres away. The car  directly in front of me seems perfectly content to hang behind this slow driver, who appears to be driving a very old Mitsubishi Colt. I, on the other hand, am not content at all. Since there is no traffic, I decide to overtake both cars. Since I drive an Audi with a 3 litre V6 engine, I was fairly sure I could overtake both cars. No, that’s not true. I was very sure I could overtake both cars safely before getting to the crossroads. Sure enough, I push the accelerator down and the engine does what it is supposed to do.
However…as soon as I get to the rear bumper of the Colt, his indicator comes on, indicating a left turn. Since the crossroads are more than half a kilometre away, surely he can’t be signalling for that already, can he? It turns out that no, he isn’t. Our slow driver is a self appointed police officer, telling me I can’t overtake him (we’ll see about that). After I’m sure he’s not changing lanes or turning, I accelerate more and easily overtake him and return to the right lane. This however, does not suit him one bit. Oh no, our little, grey-haired slow driver from hell seems to be a bit ticked of at me overtaking him. He’s flashing his lights and honking his pathetic little horn. What’s the matter, little man? Envious of the V6?

It gets worse after that. I continue on at a normal speed (a bit over 80), cross the crossroads but have to wait at the roundabout for traffic that has the right of way. Guess who comes trundling up behind me? Yes, it’s our slow driver from hell. He’s finally arrived. And there he is again, honking away. Get over it, dude. I overtook you, so what? I take the next exit and after I make my turn, he feels the need to honk one last time. Yes, I get it. You’re not a happy camper. Go tell someone who cares, okay? I think you’re a very dangerous and crappy driver and if it were up to me (which sadly, it isn’t), you’d have your car impounded and your license revoked for your little stunt indicating you’re going to turn when someone is overtaking you. That’s dangerous! You’re a pathetic and self-righteous little man. So what if I overtake you? How does that affect you in any way?

To put things in perspective, I should tell you that yes, I like to drive fast. But only when the conditions on the road allow. I have been driving for 18 years, in several countries, on large highways and on narrow mountain roads and I have never had so much as a dent. I have had one near miss and that was not even my fault. I am not a reckless driver. In fact, I think I am a fairly good driver, certainly not an irresponsible petrol head. What I can’t stand though, is people who consider themselves to be “road police” and hinder and endanger others by their “policing” actions. If someone moves to overtake you, let them. The less time they spend in the lane for oncoming traffic, the safer it is for all concerned. Yes, you may mutter and complain, consider them irresponsible. That’s your right. But do not hinder or obstruct other drivers. Period.