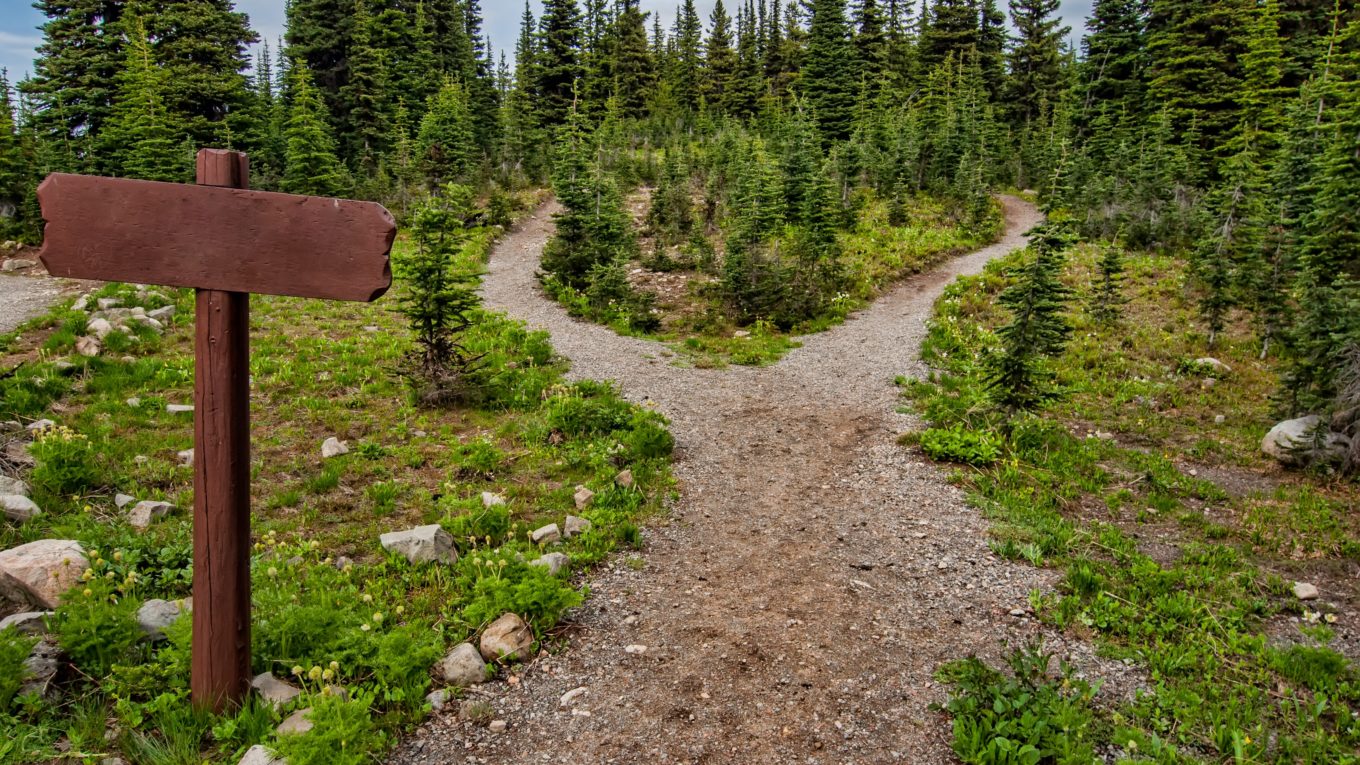 We live in interesting times. Economic crisis, social upheaval, collapsing companies, rampant consumerism, revolutions, government crackdown, disappearing privacy and globalisation. It feels like there is a pressure building and like all pressure, it’s going to have to find a way out. It is my opinion that we are standing on the fork or a crossroads, a threshold of a new era. A new era that will be shaped in the coming years and one that will have far-reaching implications for the future.

I think that at the moment, it is possible to see two movements which are happening simultaneously. One movement is a top-down movement, where governments and major corporations are calling for more legislation, more control and tougher sanctions, as illustrated by SOPA and ACTA. The other movement is a bottom-up movement. A movement with people taking matters into their own hands, moving towards more democracy and freedom, as illustrated in the Arab Spring and movements like Anonymous.
From the looks of things, these two movements are on a collision course and sooner or later, they must collide. Some would say they are already colliding. What will happen then, is anybody’s guess at the moment.

Both movements have opposing characteristics. Looking at the Arab Spring, we see that it began with the younger generation, a generation that is more familiar with the Internet and one that sees autocratic, totalitarian rule as an archaic remnant of a bygone age. A generation that yearns for more freedom, for democracy, a way to influence things directly. This is perhaps even more true for the Anonymous movement, which lacks a central management, which lacks memberships, spokespersons and the like. The actions carried out in the name of Anonymous are decided upon in a radically democratic way. Someone proposes something and if enough people get  on board, it becomes an “operation”. If people don’t get enthusiastic over the proposal, it is forgotten. This opposing characteristic is the “new” versus the “old”. The new in this case being the young generation, the old being the older generation. Note that this is not a clear divide, of course. There are young people who can have old-fashioned ideas and old people who can be quite in touch with what’s happening amongst the young.

Another opposing characteristic is that of power, or perhaps perceived power is a better description. The old are the ones who are in power, in positions of control, where they are able to govern or able to influence those who govern. Think politicians, captains of industries and the like. The new are students, workers, the unemployed, regular citizens like you or me. However, through means such as the Internet, they manage to communicate, to organize and to have a voice. While the old control the news media, politics and police, the new don’t really control anything yet they manage to influence public opinion and the opinion of lawmakers. If their voice is not heard, they can choose not to obey or ultimately they can take up arms as we have seen in Libya.
Of course, any control the old have, is a mere illusion for no control is real. Control can only ever exist if people allow themselves to be controlled. Therefore, any government functions by a mandate from the masses, the silent 99%. A mandate implies that it can be revoked. This is indeed possible, as history has shown. For instance, take a look at the non-violent civil disobedience that Gandhi and his followers practised in India.This kind of active obstruction is very difficult for governments to respond to. We see this in the Occupy movement today.
If enough people start practising civil disobedience, government control will eventually break down. Here in The Netherlands it is again mandatory (since 2005 and for the first time since the Nazi occupation) to carry a valid ID document. If enough people would refuse to obey this law, how would the government ever be able to enforce it? Fining all those who disobey would be an option but if you are talking about a significant portion of the population, this would quickly become a major administrative burden, one that would cost more to follow through than it would be to waive the fines. Another option would be to impose Draconian punishments on people who refuse to carry an ID. This may scare some people into compliance but in the long run, it becomes untenable. A government would risk alienating its police force or judges who may dislike imposing such punishments or people may actually rise up in open rebellion if the extent of alienation between government and citizens becomes too great or the oppression becomes too severe and the outlook become too dim. This is clear from the French and American revolutions, for example.
As the character “V”, in the film “V for Vendetta” put it so eloquently: “People should not be afraid of their government, governments should be afraid of their people”. That is because ultimately, it is the people who decide who is fit to govern them.

Of course these are not the days of the Enlightenment or the American and French revolutions. All men are equal before the law, we have due process and we have certain freedoms which are laid down in declarations such as the Declaration on the Rights of Man. That is not to say that our time is free from radical ideas. Currently, there is a lot of discussion about the freedom of information. Especially young people are used to sharing things on the internet without wanting to be restricted. There also seems to be an allergy towards secrecy, back-room politics and such.
The Internet is the great facilitator in this regard. Where the people of the Enlightenment had to make do with books and letters, the current generation have social networks, Twitter, weblogs, email, websites, instant messaging, IRC and the like. In many ways the Internet is a unique communication medium, because it is the first medium that enables one to one, one to many, many to one and many to many communication. No other medium has been able to do that before. It is fast, it is high-capacity and it is multi-medial. Never before have we been able to disseminate information in so many ways, to so many people in such a short time and at such low-cost. The new use the Internet as a means to communicate, to organise, to inform, to share and to form opinion.

The Internet is also intangible, it is flexible and crosses borders, ethnicity and social stratification with ease. The majority of the old have only a rudimentary grasp of computers and of the Internet specifically. The Internet is also difficult to police. Both the network itself and the users on it quickly adapt to changing situations and resist attempts to shut parts of it down. This is a side-effect of the way the Internet was designed: as a network that can withstand damage. The network will automatically route around this damage. This makes the Internet a scary place. At least, it is if you are not used to working with it.

This is exactly why the old have trouble with the Internet. To them, it is a baffling place, connected to everywhere, a place where scary or illegal things thrive: piracy, child pornography, hackers, cyber-criminals. As a result, they look for ways to control the Internet, to police the Internet, as evidenced by initiatives as SOPA, RIPA, ACTA, TRIPS, attempts at monitoring/wiretapping of users, blacklists, etc. To them it is unthinkable that such a place be allowed to exist without some level of control over it. Especially the illegal things, the things they believe eat into their profit margin need to be brought under control. If they had their way, the Internet would be censored and the general public would only be able to see what they want them to see, and then only on a subscription model.
The new take an entire different stance when it comes to the Internet. It’s not scary, even if they have little more than a rudimentary understanding of it. They see the Internet as a way to communicate, to share, to find new things. The use it to get to their music, their films, their friends. And through the use of smart-phones, they are essentially always connected, always online. In fact, they don’t even see it as online any more. The Internet is an everyday part of their lives. They depend on it to communicate with their friend, etc. Policing that, or trying to control and censor it, to them feels like a violation.

Is it really so surprising that there is a conflict between the old, the traditional and the new generation who embrace the Internet? Did we really believe that the construction of a global, multi-medial and interactive network would be without implications? A network that enables us to communicate across borders, across cultures in ways that were inconceivable as little as a decade or two ago? The Internet has been called the “global village” and in many ways it is. One of the consequences of creating such a network, is that it dilutes distinctions of nationality, of culture, of age, of sex and of ethnicity. It brings people together based on other common grounds, such as ideas, interests, work and more. It is quite possible that this new way to bring people together will erode other, more traditional allegiances that people feel, like allegiance to their nation or religion. For instance, a person might feel more allegiance towards his gaming community than to his country. If this is indeed happening, it is hard to predict where and how this will end.

As I said at the beginning, I think we are either at a fork or a crossroads. What is the difference, you may think. Well, a fork will mean that either the old or the new will eventually overcome the other and that will mean the beginning of a new era for many of us. Either we will have a society that has strict control over information and one that will monitor and control its citizens, with a strong corporate influence in government. Some might say we are already there. Or we will have a society that enjoys freedom of information, radical democracy and values the privacy of its citizens.
However, history teaches us that the outcome will probably be somewhere in the middle, a compromise of the two extremes. Hence why I mentioned crossroads. At some point the opposing movements of old and new will collide, react, interact and from the thesis and antithesis a new synthesis will emerge that will have elements of both. What I would like to see happen, is the removal of corporate influence in politics. As unrealistic as that seems now, I think that would be best for ordinary citizens. That would do wonders, both for our privacy and for the freedom of information.