Back in June of this year, I responded to a tweet from the account of the pope, @Pontifex. In his tweet, the pope or someone running the account for him, tweeted how we should build up society in light of the Beatitudes.

We need to build up society in the light of the Beatitudes, walking towards the Kingdom with the least among us.

For some reason, that tweet irked me. I think it had something to do with the fact that only recently before that, a story got out in the news about some 800 bodies of infants and children found in a septic tank in Ireland, behind a home for children ran by nuns. This has turned out to be a mistaken report, though the true story is no less gruesome. Whatever it was, I replied to the tweet above with the following tweet.

@Pontifex We need to build up a society where child molesters are brought to justice, not harboured. — Cynical & Sceptical (@CSceptical) June 4, 2015

What followed was an uproar from angry Catholics in my direct messages and some equally angry tweets in reply. I was accused of “attacking the church”, I got people moaning that the church forgives everybody but nobody forgives the church and of course there were the usual heart-warming threats of fire and brimstone because I was a “no good atheist” who doesn’t know “the first thing about morality”. One of the funniest ones was the one where I was accused of being “no better than the church I condemn”. I guess the person making that comment didn’t see the irony that if the clergy are to be taken seriously, they should be a lot better than a “no good atheist”. 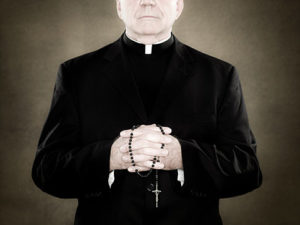 Despite all the negative comments from Catholics, I still stand by my original tweet. As long as the pope is the head of a worldwide organisation that institutionalised physical and sexual abuse of children and has hardly done a thing to prevent things like that from happening again, leaving most of the guilty in place or at least in office in the church, he has no right to tweet about what kind of society we should be building. He’s just go too much butter on his head to be able to get away with something like that and pointing that out, isn’t an attack.

Several of the people who contacted me after that tweet and tried to engage in dialogue, insisted that those things were in the past and a lot had changed in the church. I pointed them to a UN report that says something completely different.
As if more proof were needed, today I read this article on the “Friendly Atheist” blog by Hemant Mehta.
The article underlines once again that even senior clergy have not learned a thing from the child abuse scandals surrounding the Catholic church. Bishop Robert Cunningham testified in the sexual abuse trial of another priest:

The man’s lawyer asked Cunningham whether, in the eyes of the church, a child molested by a priest has committed a sin.

“The boy is culpable,” Cunningham said Oct. 14, 2011, according to a transcript of the deposition.

Apparently, there are still some senior clergy who think it’s the kids’ fault if he or she gets molested or raped by a Catholic priest. And Catholics wonder why I responded the way I did to the pope’s tweet.
According to the article on the Friendly Atheist, the bishop is now in damage control mode but those words in his testimony can not be taken back. If this is still the attitude of senior clergy in the Roman Catholic Church, they should be exposed and the general public informed. Your children are still not safe with the clergy.