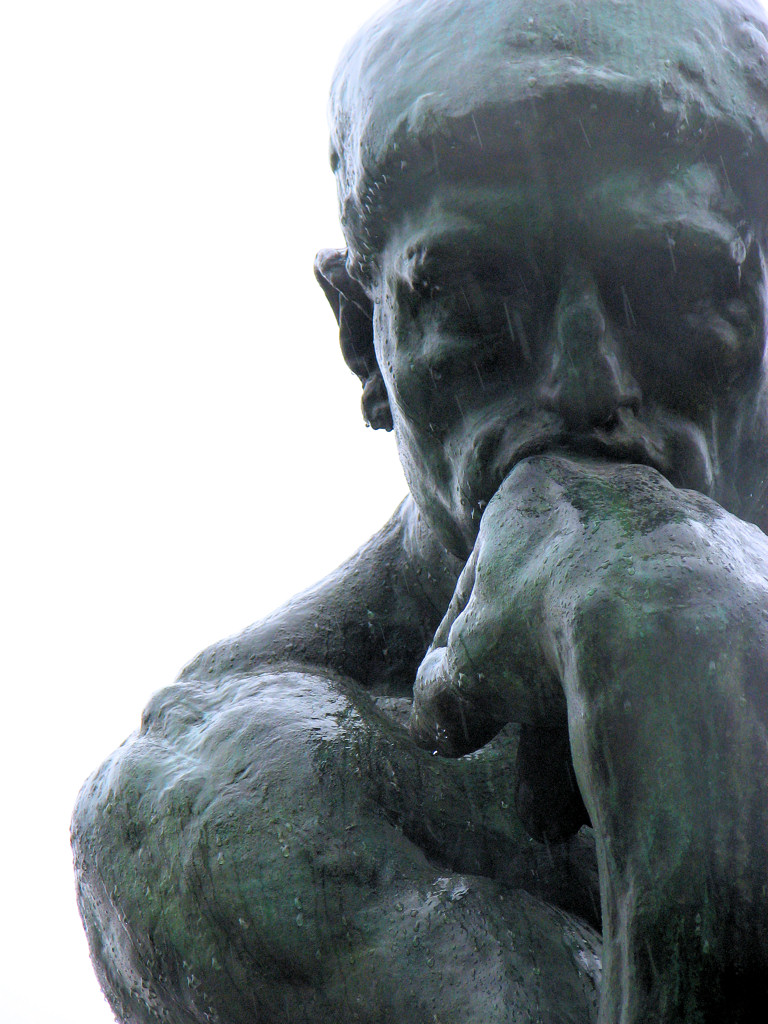 On September 10, I posted my answers to Matt Slick’s “Questions for Atheists“. One of those questions was “Are there moral absolutes?” to which I staunchly replied ‘no’. As I was browsing WordPress blogs, I came across a series of posts from fellow atheist blogger Sarah (who is also Good Enough Mum) in which she addressed the same list of questions. Not surprisingly, we had quite a bit of answers in common. Her answer to the question on the existence of moral absolutes sounded like she had given it a little more thought than I initially did.

This has lead me to believe that perhaps I should be thinking about this one question a bit more. You see, my knee-jerk reaction was that if I would answer in the affirmative (yes, moral absolutes exist), this would give some fodder for apologists to say something like “if there are moral absolutes, they can not come from humanity, ergo God”. While this is a fallacious statement, could there still be moral absolutes without there being a deity involved?

Sarah replied to question 20 as follows:

Another tough one, because so many exceptions are possible. The only one I can think of is the rule against sexual assault. (It’s possible to think of emergencies in which killing or theft or lying would be justified in order to save another; I can’t think of any circumstances in which you’d be required to sexually assault someone in order to save someone else.) I think this one is open to a lot of discussion.

On the face of it, I agree with this assertion. Killing, stealing or lying can all be justified morally under extreme enough conditions. That leaves us with sexual assault. I’ve been pondering that for the majority of the day.

This leaves us with a bit of a conundrum as to how a moral absolute should be defined. Standards of right or good conduct fluctuate significantly throughout human history and still do throughout the world. An act that would be considered moral in one system of ideas of right and wrong may be immoral in another system, so it would be impossible to call it absolute. Plus, you’d be hard pressed to find an action in one system of ideas about right and wrong conduct that would be seen in the same way in all other forms of morality out there, past and present.

Since morality has changed over the course of human history and still varies significantly today, it seems non-obvious that a moral absolute could exist. Since there are so many moral codes out there, some claiming divine authorship, some not, it would also be hard or impossible for us to know which one was truly moral.
It’s important to realise that the question “are there moral absolutes?” is a loaded question. It seems that the only way a moral absolute could exist, would be for this absolute to be defined by something other than human beings, which presumably is Matt Slicks’ reason for asking this question in the first place. How would we know something was absolutely morally right or wrong if the measure of right and wrong didn’t come from some higher authority than humanity itself?

Could an absolute moral code come from God? This was touched upon by Plato in his Euthyphro, where he formulates it as such:

In other words, if some action is approved by the gods (or God) because it is good, then good exists separate from divine will. Or if some action is good because a deity approves of it, it’s not really morality but instead divine whim. In the first case, you do not need a god to have good, in the second case, it’s all arbitrary judgement. In either case, it is possible to have moral standards separate from god.

It seems the only reasonable conclusion therefore is that morality is something coming from humanity itself and like humanity, it changes and continues to evolve over time. It seems impossible therefore that moral absolutes exist. While one may find actions that are approved as highly moral or rejected as highly immoral by the vast majority of people, you’ll always be able to find a place or time where people felt differently.

Returning now to Sarah’s reply to question 20, it’s possible to see that to modern, civilized society the idea of sexual assault being highly immoral seems practically universal. It is also possible to see that if we apply a different morality, things change significantly. While sexual assault might not have been met with enthusiastic cheers of applause, most people would have been morally indifferent to a slave owner sexually assaulting a slave, for instance. Or consider the example of a soldier sexually assaulting an enemy. In fact, marital rape, which would fall under the current definition of sexual assault, was once widely condoned and ignored, giving credence to the idea that people were morally indifferent to it. In short, the highly immoral status that sexual assault has in modern, civilized society is by no means a moral absolute.

Do you have any thoughts on this subject? Please leave a comment below!

2 thoughts on “Are there moral absolutes?”