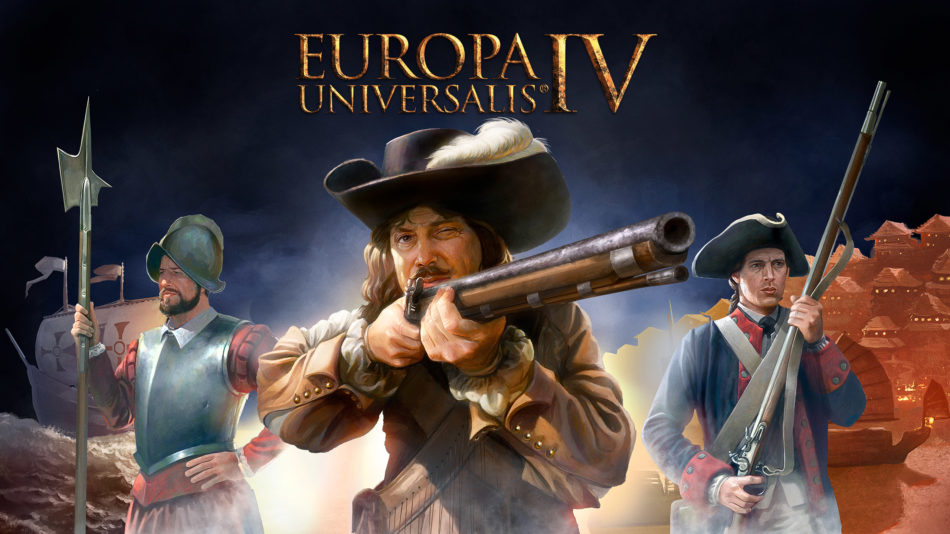 Europa Universalis 4 can really make me lose track of time!

I like to play complex games that allow me to immerse myself in an alternate reality or a historical setting. Sure, running around and shooting people can be fun for a while, don’t get me wrong. Especially after a stressful day! But at the end of the day, I get more satisfaction from games that require me to plan ahead and to think. A well timed kill in a first person shooter just isn’t the same as a perfectly executed battle plan or a stealthy attack in a submarine simulation. This means I like to play strategy games like the Civilization series or Hearts of Iron. Another favourite is Europa Universalis.

Yes, I know that developer Paradox Interactive took a lot of flak for the last expansion: Leviathan. It made headlines for having the lowest possible rating of anything on Steam. I think that Paradox will eventually fix the game and manage to rebalance it so that it becomes palatable again to seasoned players. Personally, I like some of the new additions to the game, especially the wonders. They can give your nation some nice buffs which stack up in the long run.

Europa Universalis 4 released in 2013, if I’m not mistaken. It’s pretty rare for games to be around for such a long time. Of course, strategy games don’t have to be as graphics intensive as first person shooters or role playing games. So despite its age, the game is still very playable and enjoyable today. I’ve been playing EU4 off and on since it came out and I come back to it frequently. Despite having logged several hundred hours of game play, I consider myself a novice. That’s okay though because I like games that can’t be mastered in an hour or two. Even players with over a thousand hours in this game can still find some new mechanic or condition that they haven’t seen before. That’s what makes it fun.

I’m not ashamed to admit that I’ve never achieved a world conquest and the few times I played online, more experienced players wiped my nation off the map in relatively short time. There’s just so much to do:

I’m still learning and that’s fine. You can start the game in 1444 and it ends in 1821. That’s some 400 years of world history and arguably one of the most defining periods in history. It was during this time that the nations of Europe asserted themselves, set out to discover the world, made impressive technological advances and eventually threw off the shackles of religion. It’s also a time of bloody religious wars, revolution, nationalism, colonialism and intercontinental slave trade. Well, I didn’t say it was all good, just that it was defining. In many ways this time is the start of our modern world.

Despite the title, Europa Universalis 4 isn’t all that Euro-centric any more. Of course it’s hard to overlook the European nations during this time because they set out to discover, convert and colonize much of the known world. Sooner or later they will show up, even if you decide to play as a nation very far away from Europe. But you can play an alternate history, where the Maya try to conquer Spain, or where the African empire of Mali becomes the overlord of all Africa, for instance. In the past, mostly the European nations had detailed and custom mission trees but this is true now for many non-European nations as well. So where ever you start your game, you’ll find something interesting to do!

Currently, I am playing a Leviathan game as Castile. I united Castile and Aragon forming the nation of Spain and also managed to secure the Burgundian inheritance. I’m also the ruler of Portugal and Naples through a personal union. My personal union partner Portugal has colonised much of the New World whereas Spain has colonies all along the African coast, in Indonesia and recently Australia too. So far it’s been a successful campaign for me!

Like I said, even though I’ve logged several hundreds of hours in game play, I still consider myself a novice. Fortunately, I managed to learn a lot from YouTube channels of more experienced players than myself. I should at least mention the channels of Chewyshoot, The Red Hawk, Ludi et Historia, Zlewikk TV and Quarbit Gaming. I’m probably forgetting a couple but these channels helped me improve my gameplay immensely. If you’re struggling in EU4, give these channels a try. Also, please consider supporting them in some way so that they can continue to put out quality content.

That’s enough for today. My subjects need me…