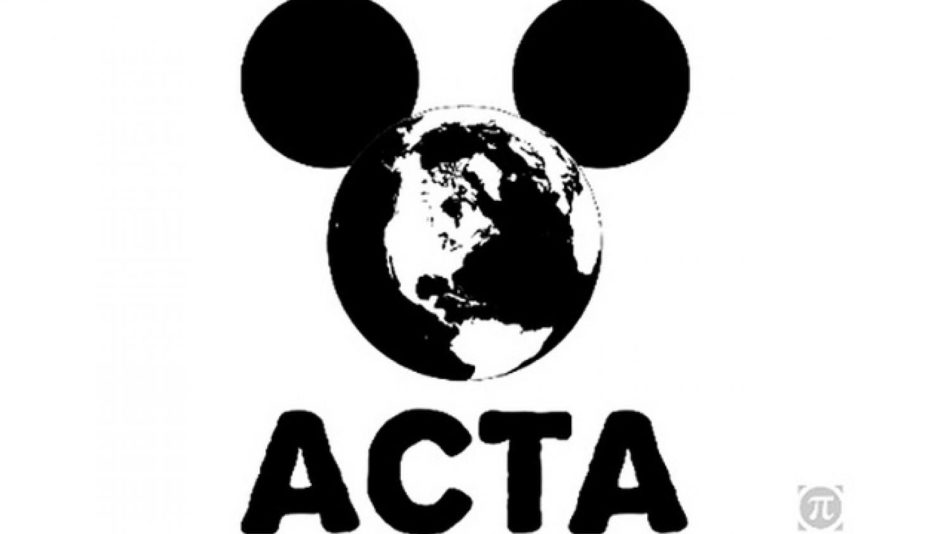 What? Yes, I am a terrorist. At least, according to Marielle Gallo, a member of the European Parliament, wife to famous historian Max Gallo. In a heroic effort to prove to the world how far Mrs. Gallo is removed from her constituency (and sanity, some might argue) she stated in a recent interview that those who are campaigning against ACTA are practising a “soft form of terrorism”.

I know that in recent years the word “terrorist” has become diluted to mean roughly “someone I don’t exactly agree with on most days”, but I personally take offence at being called a terrorist. You see, I use the old school definition of the word terrorist (I know, I am seriously behind the times) and I take it to mean “someone who kills people and blows stuff up in order to scare people”. But, Madame Gallo, I have yet to hear of an ACTA protester who has killed someone, let alone blown stuff up to kill more people. I was at the February 11 protest in Amsterdam and I can say from personal experience that not a single person was hurt, injured or looked at in a slightly intimidating way. What we did was talk to people, make speeches and hold up signs. You know, like in a protest. Not killing people, to which – incidentally – I am also opposed.

As wife to a historian, you should be aware of the difference between protest and terrorism. Protesting is a peaceful form of showing that you do not agree with something. It might make things a bit uncomfortable for certain people but in general, nobody gets hurt. A few bruised egos perhaps. It’s quite different and generally less loud than say, terrorism and explosions. It’s easy to distinguish the two. While both protesting and terrorism involve screaming and shouting, terrorism as an added bonus involves explosions, smoke, dead people lying about, body parts where you would not expect them (a sidewalk or so) and various extremist groups shouting “It was us”. All of these, apart from the screaming and shouting, were absent in the ACTA protests.

As wife to a historian, you may also be aware of  a trifling matter known as the French Revolution. While this generally involved lots of screaming, shouting, killing and making people uncomfortable by cutting their heads off with falling axes, it was also the time when ideas such as equality before law and a concept such as freedom of speech were born. May I draw your attention to Article 11 of the Declaration of the Rights of Man and of the Citizen, drawn up by the revolutionists, which states:

The free communication of ideas and opinions is one of the most precious of the rights of man. Every citizen may, accordingly, speak, write, and print with freedom, but shall be responsible for such abuses of this freedom as shall be defined by law.

In 1948, an inconsequential body known as the United Nations, adopted a Universal Declaration of Human Rights (in Paris, no less!) which includes Article 11, which states:

Everyone has the right to freedom of opinion and expression; this right includes freedom to hold opinions without interference and to seek, receive and impart information and ideas through any media and regardless of frontiers.

Concluding Madame Gallo, what we the people who are protesting against ACTA are doing, is not terrorism. We are exercising our right of free speech, our right to petition our representatives (you know, members of the EU Parliament) which is no different than what the representatives of major rights holders and the entertainment industry are doing when they come to lobby in favour of ACTA. That you personally don’t like what we are saying about ACTA is something you are allowed to express but frankly Madame, it says more about you than it does about us when you refer to us as terrorists.

This rant was inspired by this post on the blog of Rick Falkvinge, where I first read about Marielle Gallo’s interview and her weird opinions. But that is just my opinion, of course.

Update: Techdirt has also picked up on this story. What a way to end a political career…

[…] yet, it seems. The EPP Group in the EU Parliament is home to such fine politicians as for instance Marielle Gallo, who has gone on record as saying that anti-ACTA protesting is the same as “sof…. Whatever soft terrorism is. I guess it involves very quiet bombs or […]