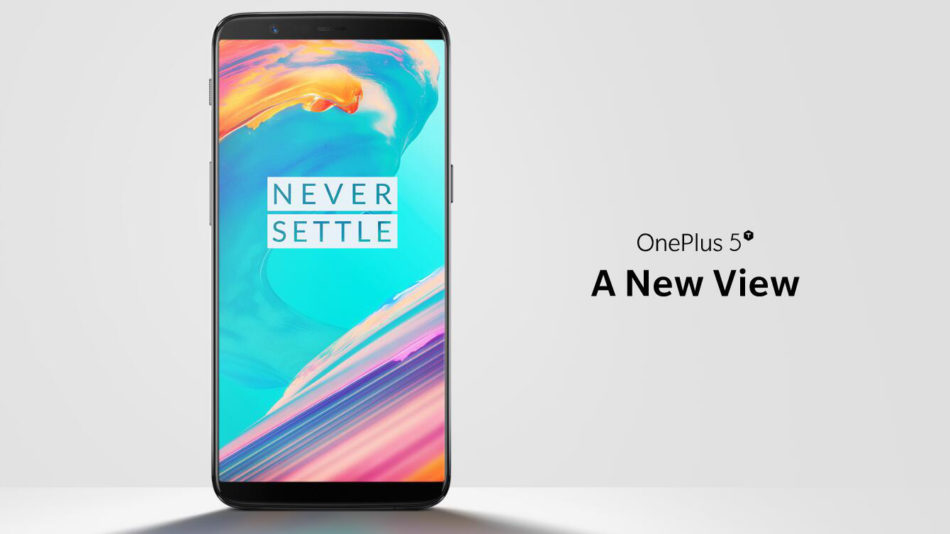 A few months ago, I decided that it was time for a new smart phone. Up to that point, I had been using the Samsung Galaxy line of phones. I’ve always had their flagship phones, using the original Samsung Galaxy S, the S3, the S5 and finally the S6. While these were fine phones in their own right, I heard several colleagues boast about their OnePlus phones and the more I heard, the better it sounded. Finally I bit the bullet and opted for the OnePlus 5T.

Right out of the box, the phone made a favorable impression. Despite being cheaper than say the latest Samsung Galaxy S9, the 5T feels like a premium phone. The 6.15 inch display is crisp and the Android-based OxygenOS is responsive and bloatware free. The 5T stands out for me as being the fastest, most responsive phone I’ve ever used. (Even when compared to phones of the more fruity variety)The screen makes up nearly the entire front of the phone as is the norm these days. The phone is big but not so big that it won’t fit in your pocket or would make you feel like an idiot holding it up to your ear during a phone call.

One thing that always disappointed me in the Samsung line of phones, was the poor battery life. Even with limiting my phone use and keeping an eye on battery drain, I struggled to make it through the day with all my Samsung phones, the S6 probably being the worst, despite being the newest. I had to carry a charger and/or battery pack with me where ever I went. This, for me, is where the OnePlus 5T truly shines. The 3300 mAh battery easily lasts me through the day and most of the next day as well, despite the fact that I use my phone more than I did with my Samsung phones.  I easily rack up 5 ~ 6 hours of screen time in those two days. While I don’t play a lot of games, I am also not minding the battery at all. Power saving is even turned off on the handset!

A smart phone is a device many of us use on a daily basis and as such, it has to be pleasant to use. The OnePlus 5T is a pleasure to use. It’s fast and responsive, things are easy to find and with 128 GB of storage, there’s plenty of room for your photos, videos and apps. Whether you  want to snap a quick photo, check messages or use social media, the phone delivers consistently. It’s very stable as well. During several months of usage, there’s only been one time where I had to reboot it because it was running hot for no apparent reason.

The OnePlus 5T doesn’t have wireless charging but what it does have, is Dash charging. As Oneplus says: “A day’s power in half an hour”. And it’s true. The OnePlus charges amazingly fast using the supplied Dash charger and cable. You don’t need to keep your phone plugged in over night. I find a quick Dash charge in the car during my morning commute (I use the OnePlus 5T for car navigation as well) is more than enough to get me through the day. The power reserve of the handset combined with the fast charging means that I really never worry about the amount of juice left in the battery. Truly a relief!

OnePlus boasts that the Oneplus 5T is great for taking photos in poor light conditions because of the dual lens camera. While the phone is certainly not bad at taking such photos, I am not blown away by the image quality produced under poor light conditions. They’re not bad, don’t get me wrong. If you want to make good use of the dual lens camera, you will need to use Pro Mode in the camera software. And here’s a thing that I don’t like very much about the OnePlus 5 T: the camera software. It feels like there should be more options. If you look at other phone manufacturers, they offer several built-in shooting modes with their camera software, like “Action mode” or “Food mode”. These are missing from the 5T. The software settings for the camera look rather Spartan. I also didn’t find the software intuitive at first. It took me a while to find things like capture delay, for instance. Of course, there’s always alternatives that you can find in the Play store. I like Open Camera, for instance.

All in all, I think the OnePlus 5T is excellent value for money, a great phone to use on a day to day basis, really fast and definitely one that I would recommend as an alternative to premium phones like the Samsung Galaxy S9. Several reviews that I’ve read online use the term “flagship killer” but it’s not a term I am really fond of. I think the OnePlus 5 T is a phone more than good enough to stand on its own. It’s simply great value for money.
On that note, I’ll end my OnePlus 5T review.