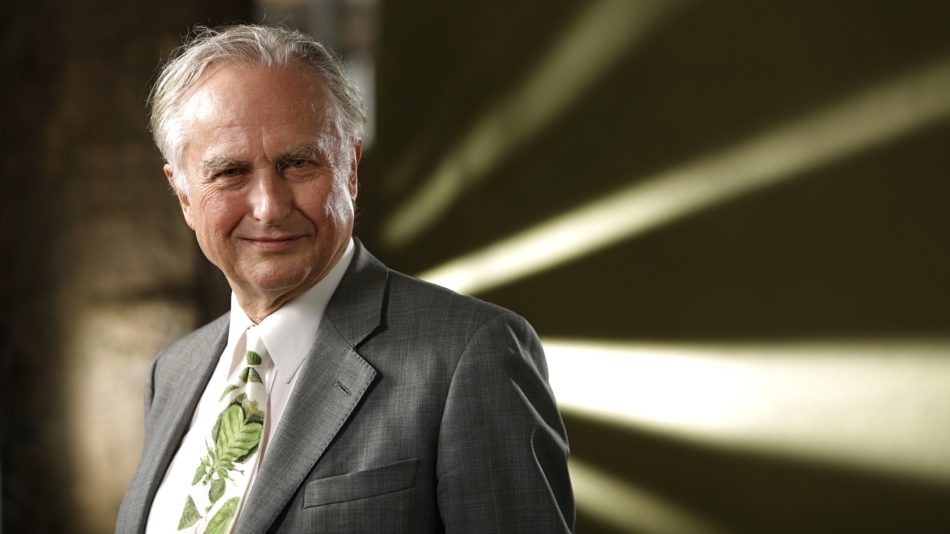 It’s no secret that plenty of people find Richard Dawkins  insulting. He’s had his fair share of misunderstandings on Twitter, for instance. I can understand that you might feel insulted to hear that someone makes fun of your deeply held religious beliefs. I can also understand that there are situations where it might be hurtful if someone advocates abortion if you’re against it. However, there’s also people who miss the point completely, as is this case in this video: “The insulting Richard Dawkins”.

The video, which was released by Alpha and Omega ministries begins with a clip from an old talk Dawkins held way back in 2006. An audience member asks him the question: “What if you’re wrong?” (about rejecting faith and calling it a delusion). Dawkins basically replies: “What if you are wrong about the Great JuJu at the bottom of the sea?”

What if you’re wrong?

The speaker in this video feels that this statement is insulting both to the person asking the question and to the audience in general (not to mention Christians). Well, I beg to differ. It’s a silly question to ask of someone who’s just published a book called “The God delusion“. First of all, it’s not unreasonable to assume that the author has already thought about that before publishing the book. Writing a book is not something you do in a week, so he’s had plenty of time to reflect. Second, it’s not unreasonable to assume that the author has concluded that he’s not wrong, otherwise he wouldn’t have entitled his book “The God delusion”.
What do you expect will happen if you ask a man who is convinced that faith in God is a delusion, the question “What if you’re wrong?” Did the person who asked that question have any reasonable expectation that Dawkins would have answered: “Oh my goodness, I never considered that”?

While he could have given a serious answer, he didn’t. Instead of going into the question seriously, Dawkins chose to school the person in question about his point of view by presenting her with a mirror. In effect, he asked her: “What if you are wrong about any of the other gods humanity has worshipped or is still worshipping?” Or, to put it another way: “How can you be sure your faith is the right one?” That’s about as serious as you should take this kind of question.

What the speaker seemingly doesn’t realize, is that he doesn’t offer an actual argument against what Dawkins is saying. Instead, he’s playing the offended card, which is arguably the weakest hand someone can play in a discussion. “That’s insulting!” is not a rebuttal to anything the other side is saying. It just means that you don’t like what someone is saying. That’s your prerogative of course but please don’t think others will consider it to be of any value as a rebuttal.

Instead of playing the insulted card, why not present us with an argument that explains why Dawkins should take the question very seriously? Why not offer the viewer evidence of the terrible peril that awaits Dawkins when it turns out he is wrong? The speaker could have gone somewhere with this video but instead he chose to play the insulted card*.

The question “What if you’re wrong?” also reveals a lot about the way the person asking it thinks. Not only does she assume that her faith is correct and Dawkins is therefore wrong, it also shows that she expects him to pay the price for his unbelief. It’s the thinly veiled threat of hell. In effect, she is threatening Richard Dawkins with divine punishment for his unbelief and his ungodly book. She has no evidence to make this threat credible at all.
For centuries, Christians have scared people into submission with the threat of hell. Don’t do this, don’t think that or you’ll burn in hell for all eternity. That’s another great reason not to take this question seriously. If people like Richard Dawkins and others can laugh off the threat of eternal punishment by fire and do so based on logic, reason and evidence, it sends a message to others.

Now, the speaker in the video isn’t at all impressed by Dawkins’ reply. According to him, the fact that people like Dawkins and Hitchens are given any attention at all is indicative of “the judgement of God upon Western culture”. Even more scary “ooga booga” which we shouldn’t take seriously.

It’s not possible to threaten atheists with hell because we don’t subscribe to your beliefs. Atheists don’t believe in God, we know the Bible is a collection of ancient mythological writings and therefore we don’t take you seriously when you talk to us about “what if you’re wrong” or “you’ll burn in hell for all eternity”. It’s like threatening adults by saying that Santa won’t give them any gifts this year. We’ve outgrown Santa and we’ve also outgrown your God.
So instead of trying to scare us with your “ooga booga” and making “The insulting Richard Dawkins” videos when we don’t take you seriously if you try to, perhaps you should take a step back and consider why it is that we laugh at it. Perhaps you’ll be elucidated.

*If you should decide to watch this video on YouTube, you’ll see that the speaker isn’t interested in discussion at all and doesn’t have too high an opinion of atheists either, judging from the video caption: “I keep forgetting that when you address atheism on YouTube you turn off comments since atheists have no moral restraints so as to control their tongues, or, in this case, their keyboards. My apologies.” In other words: I get to spout my religious “ooga booga” and you have the right to shut up”. Sorry, but this is the Internet…