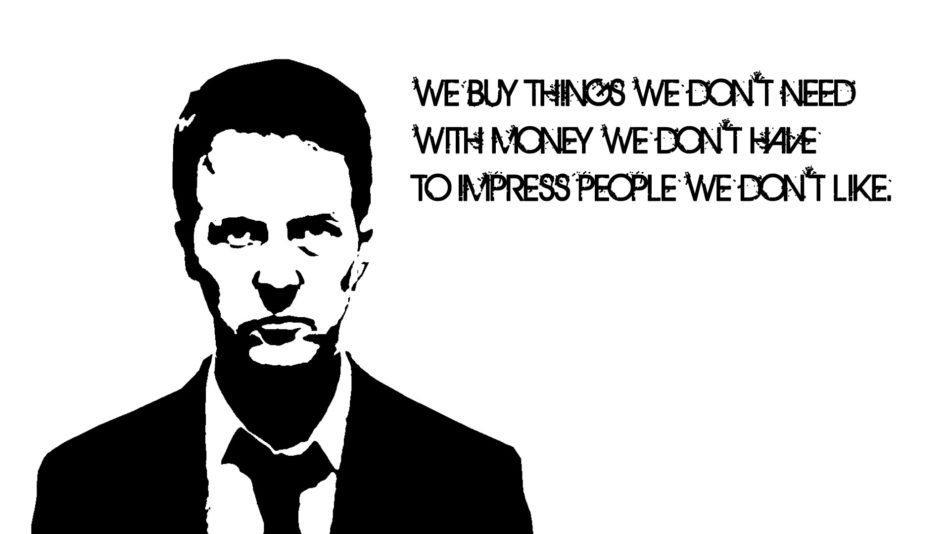 It is said that evolution always moves forward and that it can not move backward. An amphibian, once it is an amphibian, can not go back to being a fish. Man can not return to being an ape. Species go from one form to another but always more complex, always more specialized. While this isn’t how evolution works, recently I have been wondering if this is true and if not, if we may be the perfect example of evolution reversing and not just one step, but several huge strides. Can one argue that we are no longer human?

Death of the individual

Friedrich Nietzsche proclaimed in Die fröhliche Wissenschaft and again in Also sprach Zarathustra that God is dead. Upon Nietzsche’s death in 1900, a popular joke went around that said that God had replied “Nietzsche is dead”. Well, I am here to claim that the individual is dead. At least, it has died in the west. I understand that this is a sweeping statement, but let’s examine it a bit more closely, shall we?

What makes a human being an individual? It can not be our looks, because underneath our clothes, we all look the same. It can not be our clothes because we all buy our clothes at the same retail stores and many people seem to  want to follow the latest fashion. Ah, it is our thinking that makes us unique, I hear you say. This might be true, although most likely it isn’t. Most people don’t seem to be capable of independent, critical thought. Talk to them and they will be voicing the opinion of others, something they saw on TV, something they saw on the Internet or something they have read. Ask them why they believe something and most of them don’t have an answer. They simply haven’t thought about it and they aren’t freethinkers.

What about our behaviour then, does that make us individual? Well, hardly. We watch the same programs on TV, we shop at the same stores, we are members of the same clubs, we work the same, interchangeable jobs at the same hours, we commute using the same trains and cars as everybody else. Our lives are the same, no matter where we live, be it in Europe or the US. Wake up, coffee, work, go home, some time for yourself, bed and this on endless repeat. Why? Simply to earn money to buy stuff we don’t really need.

The individual no longer matters

These are the symptoms of our condition. And our condition is that the individual no longer matters in the modern world. Human beings have been stripped of their individuality in order to turn them into something else. In order to turn them into consumers. We have become like a bacterial colony in the Petri dish of mega corporations. All they expect us to do, is to consume their products until the day we die. And then? Our children will simply take our place and continue consuming, catering to the bank accounts of a few corporate bigwigs, while the rest fall deeper into the trap of consumerism. We have devolved from humans into consumers. Consumerism is our new religion, TV our new priest, advertising our new prophet and Coca Cola is god. In the process, it is us who have been consumed by the corporate machine, run by the establishment. The big brands decide how we live our lives and what our ideals are, the TV tells us what to think, what to feel and what to buy.

Any why not, you may ask. It is working for me, I have enough to live comfortably. Are you telling me, seriously, that you do not think that there is something wrong with the world today? Do you never think that there should be something else, something more? That there is not some nagging feeling in the back of your mind? Let’s look at the price we pay for our consumerism.

The price of our consumerism

Our consumerism does not come cheap and I don’t mean just for us here in the west. While there are poor people here too and their numbers are increasing, things are much worse in other parts of the world. Every day, more than 20.000 children die as a direct result of poverty. In the year 2010, there were 925 million hungry people in the world. I don’t mean they were craving a snack, or feeling slightly peckish around 10 PM. They simply had too little to eat.

Since the year 1995, the number of hungry people in the world has steadily increased. There are roughly 7 billion people in the world, meaning that about 13 percent of them have too little to eat. But wait, it gets worse. In a modern and civilized nation, like for instance the US, the top 1% of the population owns 38.1% of the nation’s wealth. However, looking at the bottom of the pyramid, we see that the bottom makes up about 40% of the US population, but they only possess 0.2% of all wealth. Not even one percent. The main cause of hunger is poverty. Every 1 in 2 children (50%), grow up in poverty. At least 80% of the world’s population lives on less than $ 10 US per day.

The main cause of poverty is harmful economic systems. It’s not like we lack food (we don’t) but a large percentage of the Earth’s population lacks the means to acquire proper food. While we in the west worry about what big screen TV we should buy or are standing in line for the latest model iPhone, somewhere else people are worrying about how to put food on the table that day. If humans truly are intelligent and compassionate as many like to believe, can we let this situation continue and even worsen?

The illusion of freedom

Religion is the opium for the masses, an oft quoted line by Karl Marx goes. Well, even if consumerism isn’t our new religion it has certainly become our opium. Tethered by mortgages we can never hope to pay back, we pursue one material object after another. Our minds are filled with trivial bullshit that should not interest a sane person in the least. Who will win Popstars? Did you see what Pippa was wearing? Have you heard what the new iPad can do? Did you see what Lady Gaga exposed today? Does this stuff seriously matter to anyone? Have we become so shallow, so empty, that we truly think these things are important? If so, we are indeed no longer human and we deserve everything that is coming.

Meanwhile, we allow big corporations to influence our politicians with their endless lobbying for more control over consumers (they never talk about ‘people’ or ‘customers’, do they?). It has now come so far that the politicians no longer protect the ones they are supposed to represent. Politicians, law enforcement and other organisations no longer serve the people, they serve the wallets of big business. This has led to a dangerous rift between politics and tax payers. People no longer feel represented yet the tax burden presses on them ever heavier now, in times of economic crisis.

We hold the key

We have created for ourselves the illusion of freedom because we can buy what we want, we can holiday where we choose and we can vote for certain politicians, while in fact we are caged by our own consumerism. Ironically, we are ourselves to blame for this situation. We hold the key to our prison. It is us who have allowed big corporations to become so powerful. It is us who can break their power over us so that we may look to a future where we may actually be free.
The solution is as simple as it is hard to do. We must realize that corporations do not care about us at all. We are no longer human to them. All they care about is getting our money. By not buying into their advertising, by refusing to buy their products and thus not give them our money, we can break their hold over us. Likewise, it should be our goal to educate ourselves about the corruption and abuse of human rights around us and speak to our politicians. We must convince them that they are elected to represent us and work for us, not work together with media and industry giants.

Stop being a consumer, evolve and become human again.

A nightmare but also a chance - Random musings, rambling opinions

[…] there is one thing that the current crisis teaches us, it should be that the goals of major corporations may be directly at odds with our well being and even survival. The greed and lack of concern many major corporations show now, should not be forgotten when this […]

[…] My Vagina” are symptoms of a much larger problem. I’ve written about that several times before. Nobody needs a vagina scented candle, just like nobody needs tarot cards or crystal-infused water. […]

[…] expressed my concern about our consumerism here before, but I was more worried about our loss of individuality and our freedom then. Increasingly though, […]