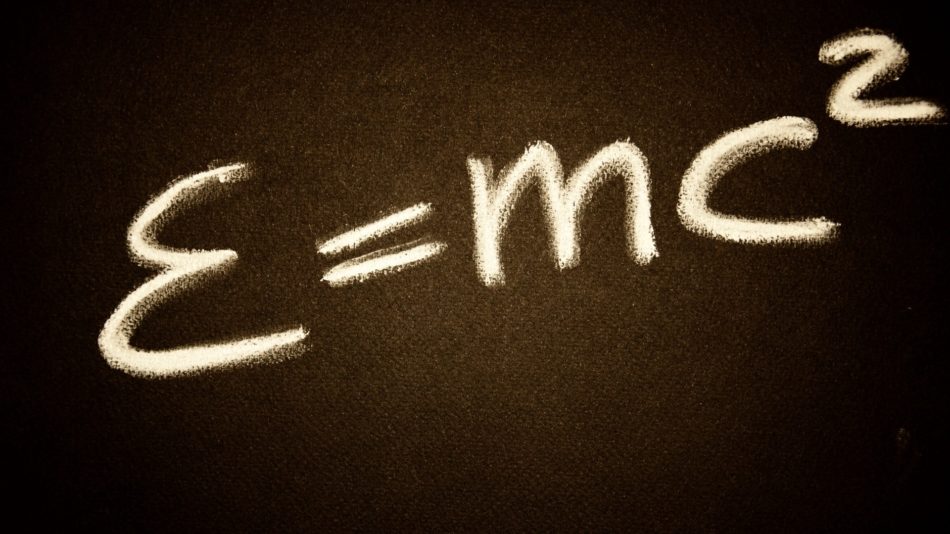 On April 27, 2014, Amir D. Aczel published an article with the title in “Why science does not disprove God” in Time magazine. This article is a comment on that article because after reading it, I felt it contained several logical errors and unfounded assumptions.

Why science does not disprove God

It all begins with the title of the article. Asking why science does not disprove God is like asking why science does not disprove unicorns or goblins. The answer is simple: science does not deal with questions of the supernatural. Science is the study of the natural world. Unicorns, goblins and gods, if they exist, are supernatural entities. Before science can study something, that something has to leave behind some kind of evidence. We do not have this for unicorns, goblins or gods. However, absence of evidence is not evidence of absence. So the fact that science has not found positive evidence for the existence of God, does not mean that we can rule out a God exists. This alone is reason enough to explain why science has not disproved God: it can’t.

After singing the praise of science, Aczel begins to ask questions which are, in my opinion, founded on assumptions which are by no means proven or accepted by science.

[Science] has not revealed to us why the universe came into existence nor what preceded its birth in the Big Bang.

Obviously, Aczel assumes that the existence of our universe has a reason, otherwise there’s no point in asking why it came into existence. There doesn’t seem to be an obvious answer to the question why the universe exists and no reason to assume there has to be a reason for it. It’s a little like asking “why does the Earth only have one moon?” It sounds like an important question but it is ultimately unanswerable, at least by science. Things exist but they don’t have to have a reason to exist, except if they were made by someone.

Stephen Hawking famously said that asking ‘What preceded the Big Bang?’ is like asking ‘What is north of the north pole?’ It appears that time arose out of the Big Bang, along with the rest of the universe so it is impossible to speak about a “before”. For more information about the Big Bang, please see these two explanations, which go into a lot more detail and the last one even explains there may have been a “before” after all.

But much more important than these conundrums is the persistent question of the fine-tuning of the parameters of the universe: Why is our universe so precisely tailor-made for the emergence of life? This question has never been answered satisfactorily, and I believe that it will never find a scientific solution.

For the deeper we delve into the mysteries of physics and cosmology, the more the universe appears to be intricate and incredibly complex. To explain the quantum-mechanical behavior of even one tiny particle requires pages and pages of extremely advanced mathematics. Why are even the tiniest particles of matter so unbelievably complicated?

Aczel continues to add the “why” question, and you can already feel where he is leading the reader: the answer to all the complicatedness of the universe and everything must be God. The truth is, we don’t know why the universe is as complex as it is. There is a good possibility we will never understand the universe completely but complexity doesn’t suggest or require a designer.

Then suddenly, as if by magic, the “God particle”—the Higgs boson discovered two years ago inside CERN’s powerful particle accelerator, the Large Hadron Collider—came into being and miraculously gave the universe its mass. Why did this happen?

Sounding as profound as ever with his “why” questions, Aczel pushes on into the nature of the universe, piling mystery upon mystery. Using words like “magic” and “miraculous” are entering his vocabulary now as he approaches the introduction of his own “hypothesis”.
The Higgs-Boson didn’t miraculously come into being inside the LHC, it was observed in an LHC experiment for the first time but it had already been there. Its existence was predicted by science. It has nothing to do with a god but instead confirms what scientists were already expecting. If anything its discovery was a confirmation of science, not a problem.

The great British mathematician Roger Penrose has calculated—based on only one of the hundreds of parameters of the physical universe—that the probability of the emergence of a life-giving cosmos was 1 divided by 10, raised to the power 10, and again raised to the power of 123.

Far be it from me to disagree mathematically with someone like Roger Penrose. Fortunately, one doesn’t need to argue mathematics to see that this is a non-sequitur. You can’t say “10^123 to 1, therefore God”. If Penrose’s calculation is correct, we can say that the chance of life arising is astronomically low. Yet, here we are.
The assumption that the calculation is correct, is also a rather large one. There’s still many things we don’t know about our universe and what exactly is necessary for life to begin. As life-supporting universes are concerned, we have a sample size of 1, so it’s hard to do any kind of meaningful statistical analysis. It simply means that we don’t know. Saying that we don’t know so God did it, is not an answer at all.

Putting God in the gaps

The scientific atheists have scrambled to explain this troubling mystery by suggesting the existence of a multiverse—an infinite set of universes, each with its own parameters. In some universes, the conditions are wrong for life; however, by the sheer size of this putative multiverse, there must be a universe where everything is right. But if it takes an immense power of nature to create one universe, then how much more powerful would that force have to be in order to create infinitely many universes? So the purely hypothetical multiverse does not solve the problem of God.

We don’t know how much power it takes to create a universe. More importantly though, the introduction of God also does not solve any problems with the origin and fine-tuning of the universe. Because if there is a God that created the universe, where does God come from? What is the nature of God? God is not an answer to anything, it’s merely an non-testable hypothesis.

The most powerful argument

The incredible fine-tuning of the universe presents the most powerful argument for the existence of an immanent creative entity we may well call God. Lacking convincing scientific evidence to the contrary, such a power may be necessary to force all the parameters we need for our existence—cosmological, physical, chemical, biological and cognitive—to be what they are.

Well, if that’s the best argument we have for the existence of God, I think I won’t reconsider my position of atheism. Nothing about the universe seems to make the existence of God necessary, much less realistic. Even if we would accept the premise that an unknown creative entity shaped our universe, we would still be nowhere near the concept of God as most people understand it: the Judeo-Christian personal God who cares about how we live our lives and condemns us to a hell for failing to believe in him. All we could arrive at is an impersonal, deistic kind of God.

It also goes too far to assume that because science hasn’t managed to prove that God has nothing to do with the origin and nature of the universe, God is a viable explanation. As I explained at the beginning of this post, you can not disprove God because there is nothing there to test. You can just insert God whenever you need an explanation.

Science and religion are two sides of the same deep human impulse to understand the world, to know our place in it, and to marvel at the wonder of life and the infinite cosmos we are surrounded by. Let’s keep them that way, and not let one attempt to usurp the role of the other.

Aczel appears to be a supporter of NOMA, the position that science and religion are non-overlapping magisteria, each dealing with their own areas of inquiry. However, by using God to explain several qualities of the universe and life, he leaves the boundaries of religion and despite his recommendation, steps firmly onto the terrain of cosmology and biology. Regardless, the introduction of God doesn’t answer anything about our place in the universe or about the nature of the world.

Why science does not disprove God

The article “Why science does not disprove God” by Aczel is in essence nothing more than a “God of the gaps” argument. He highlights areas where science doesn’t have an explanation (yet) and posits that God must have done those bits. Just because we don’t understand something, doesn’t mean that God must have done it. If that is where you invoke God as an explanation, then “God is an ever receding pocket of scientific ignorance”, as Neil deGrasse Tyson put it. Never in the history of scientific discovery has the best answer for anything been “God”. Science does not need the god hypothesis to explain how things work. I expect it will continue to be like that.