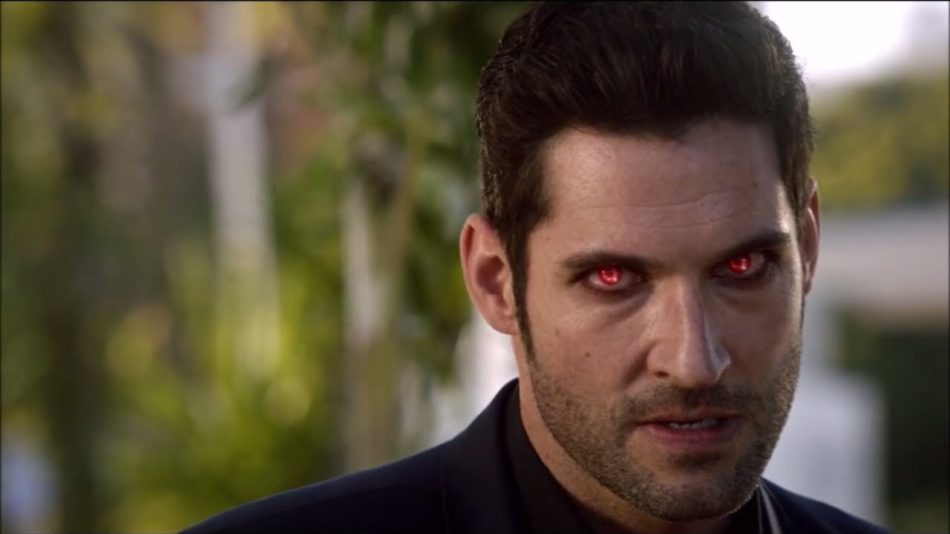 In The Netherlands, somewhere along highway A6 in the windy province Flevoland, stands a statue in the shape of an oval. It was revealed in 1993 and has been the subject of some controversy. That’s all due to the name of the work of art. When artist Ruud van de Wint saw his work, it reminded him of a tongue. For that reason he decided to name it “Lucifer’s Tongue”.

Never mind for a second that van de Wint apparently made his sculpture and only then decided what it might be. This blog post is not about criticism of art or about the fact that a lot of modern art seems like a load of bollocks to me. I don’t need to mention the banana, do I?

The 9 meters tall sculpture points at the sky, like the devil is licking the sky or sticking out his tongue towards heaven. Even in the largely secular North Sea nation of the Netherlands, this is too much for some religious people. Recent storms have damaged the statue, causing it to lean over. Reason enough for local Protestant Christian political party SGP to reopen an old debate about the work of art. They consider the work of art to be blasphemy.

It’s not known how much the restoration will cost this time but previous restorations cost in excess of € 200.000. The statue was previously vandalized by copper thiefs. Local SGP party leader Simonse asks whether it may be better to place the statue in a museum where it is protected from the weather.

However, in the same breath he admits that money is not the main reason he wants the statue removed from its current location. “Every time I drive past this statue, it hurts me,” he explained to local broadcaster “Omroep Flevoland”.

He is arguing to use tax payer money to relocate a work of art in a public space because it offends his religious sensibilities. I certainly hope that this argument won’t fly. You don’t have to like “Lucifer’s tongue” but removing it to a museum because it upsets somebody would set a dangerous precedent.

Everything can be offensive to someone but this is a side effect of living in a free society. Taking offense and using that as an argument to have a work of art removed, is asking for censorship on your behalf. There are plenty of statues that could offend me, as an atheist. Just around the corner of my home is a road side crucifix. This is not uncommon in the south of The Netherlands. Instead of an abstract, somewhat tongue-shaped sculpture, this crucifix is a lifelike depiction of a man tortured to death. If you look at this objectively, which is the most offensive piece of art?

Blasphemy is the ridiculous idea that a tiny, mortal human being could upset an immortal, all-powerful being. It gets more ridiculous when religious people take offense on behalf of their deity and object to blasphemy. As if such a being would need protection from getting its feeling hurt from other tiny human beings. The fact that we are debating this, in a secular nation, in the 21st century, is absolutely ludicrous. If God wants this statue removed, he can take care of it himself, can’t he? Well, apparently not, since the recent storms failed to cause significant damage to Lucifer’s Tongue. So now the local SGP comes to the rescue.

I hope the sculpture returns to its original position, pointing up to the heavens as was intended by its maker. Something being offensive or worse, a claim of blasphemy, should be laughed out of public discourse. They are not arguments worth considering.