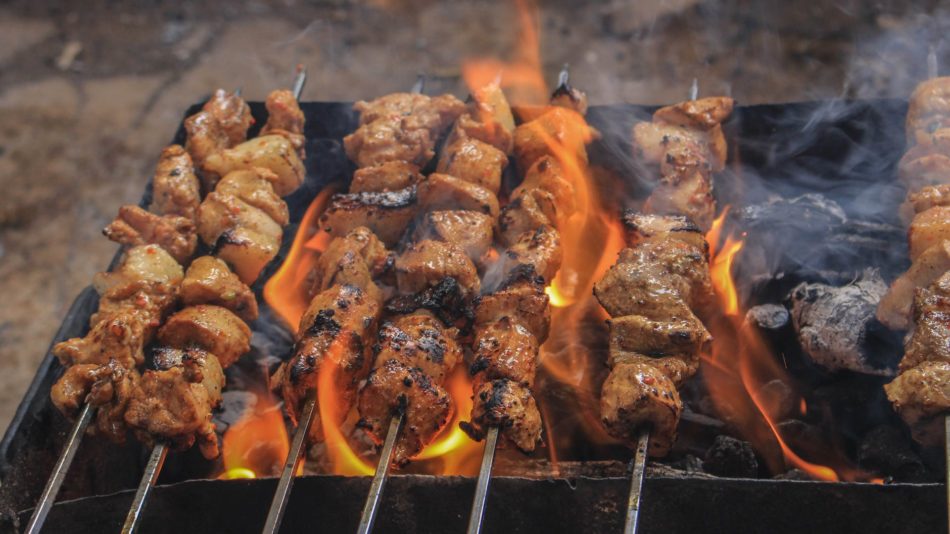 Photo by samer daboul on Pexels.com

For the writing prompt of today (for which I am way too late), WordPress asks: “What are your feelings about eating meat?” I discussed some of this in a post about becoming a vegetarian before but it’s worth exploring this topic a bit further because it’s still controversial for many people. Let’s dive in!

Let me begin by saying that I think it’s a personal choice whether you eat meat or not. I’m not a preachy vegetarian and this post is not meant to convince you to stop eating meat. That said, I hope that some of the points I address, be food for thought so to speak.

I noticed in that earlier post that there are several reasons why people choose to adopt a vegetarian lifestyle:

I’ve always been a meat lover when it comes to taste but the arguments that really tipped the balance for me were animal suffering and the environment.

My feelings about eating meat

Despite enjoying the taste of meat, I was uncomfortable about the idea for a long time. Whenever I saw a livestock transport, I got this uneasy feeling in my stomach. I knew that the animals in that truck were probably headed to a slaughterhouse. Each year in the Netherlands, we kill 14.5 million pigs, 1.9 million cows, roughly 75 million chickens and other animals for food. The United States dwarfs those numbers. The US killed an estimated 51 billion (yes, billion) animals this year for food. Those numbers are staggering and it’s not as if those animals were slaughtered after a long, happy and healthy life.

Most farm animals today, live in factory farms where they live in very poor conditions. To keep the production as high as is demanded by consumers, production needs to be as efficient as possible. Essentially, they don’t treat the animals as living, sentient beings but as products. They need to grow as fast as possible so they can be slaughtered and sold. Animal welfare is definitely not the top priority when it comes to factory farming.

I asked myself if I wanted to be responsible for this kind of animal suffering just because I enjoy a slice of bacon or a piece of steak? I quickly concluded that no, I don’t want to be a part of this system that treats farm animals like products.

Factory farming isn’t just bad for the animals either, it’s also bad for people. Factory farms lead to air pollution which is harmful to the human respiratory system. Bacterial contamination is also an issue. With so many animals packed tightly together, there’s a risk of E.coli and salmonella, especially in chicken meat.

There is also a big risk that animals themselves will get sick because they are so close to each other. For that reason, animals receive a regular dose of antibiotics. This practice leads to some bacteria developing a natural resistance to antibiotics, creating superbugs that can’t be treated.

Raising animals on an industrial scale, like I described above, also comes with a severe environmental impact. Farm animals require vast amounts of drinking water, food, medication and climate control systems or heating. That power often comes from fossil fuels, aggravating the problem. In addition, factory farms produce air and water pollution. Especially chicken and other poultry produce large amounts of ammonia in their faeces.

Factory farms produce waste gases like methane, nitrous oxide, and carbon dioxide, which are known greenhouse gases. Especially cattle contribute to this problem. The Food and Agriculture Association of the United Nations calculated that global livestock is responsible for 14,5 percent of the human contribution to greenhouse gases in the atmosphere. 65% of those 14,5% comes from cattle farming.

Livestock farming also contributes to global deforestation. Cattle require pastures to graze and with global meat and dairy consumption rising, more and more forests are cleared to make room for pastures. To feed the animals in factory farms, animal food is needed because these animals don’t graze or forage themselves. We need to grow crops like soy beans to feed all these animals, which further drives deforestation.

I said above that I am not a preachy vegetarian but these are some of my feelings about eating meat. I fear it won’t be long before the environmental impact alone forces us to cut down on meat production. The current business model isn’t sustainable in the long run and we will need to look for alternatives. Perhaps in a hundred years or so, people will look back on factory farming and I doubt they’ll do that favourably. I started life as a fervent meat eater but I hope to be counted on the right side of history when future generations take stock.

Eating meat is a personal choice but it should be an informed choice, one not sustained by choosing to ignore inconvenient truths. So by all means, enjoy your steak, shrimp, chicken or salmon this Christmas but please be aware of what it took to get it on your plate.

That’s semantics, of course. Whether you call them a murderer or a killer, some animal still has to die for people to eat it.

meat is a gift god has given us.

That’s an unsubstantiated claim. First you have to prove that:

Since the jury is still out on premise 1, the rest of your claim crumbles.

This website uses cookies to improve your experience while you navigate through the website. Out of these, the cookies that are categorized as necessary are stored on your browser as they are essential for the working of basic functionalities of the website. I also use limited third-party cookies that help me analyse and understand how you use this website. These cookies will be stored in your browser only with your consent. You also have the option to opt-out of these cookies. But opting out of some of these cookies may affect your browsing experience.
Please note that this site is free of advertising, so you will not receive third party advertising cookies, no matter if you consent to them or not.
Necessary Always Enabled
Necessary cookies are absolutely essential for the website to function properly. These cookies ensure basic functionalities and security features of the website, anonymously.
Functional
Functional cookies help to perform certain functionalities like sharing the content of the website on social media platforms, collect feedbacks, and other third-party features.
Performance
Performance cookies are used to understand and analyze the key performance indexes of the website which helps in delivering a better user experience for the visitors.
Analytics
Analytical cookies are used to understand how visitors interact with the website. These cookies help provide information on metrics the number of visitors, bounce rate, traffic source, etc.
Advertisement
Advertisement cookies are used to provide visitors with relevant ads and marketing campaigns. These cookies track visitors across websites and collect information to provide customized ads.
Others
Other uncategorized cookies are those that are being analyzed and have not been classified into a category as yet.
SAVE & ACCEPT
wpDiscuz
4
0
Let me know your thoughts on this post. Leave a comment, please!x
()
x
| Reply
Loading Comments...