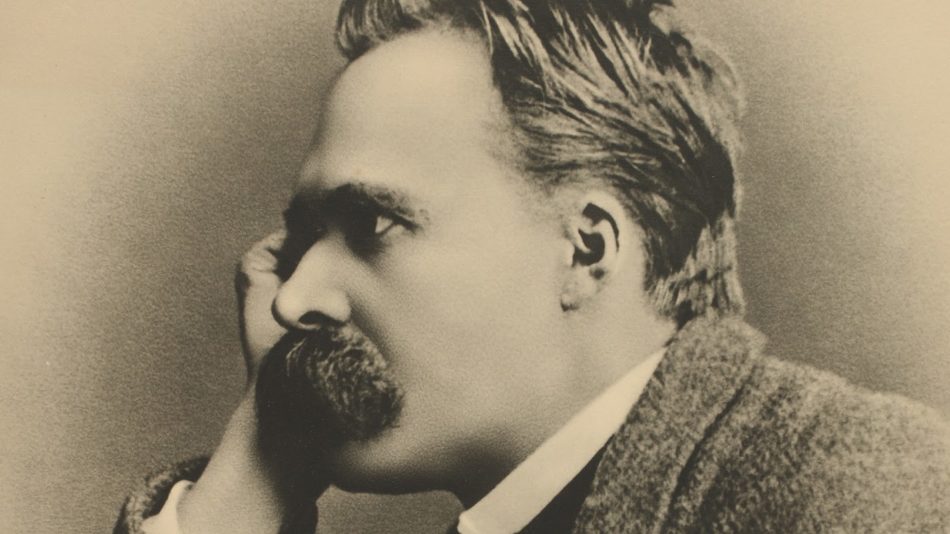 Have a basic understanding of Western philosophy

My second tip for how to begin with Friedrich Nietzsche is to find a good introduction. This is good advice for any philosopher but especially in this case. Nietzsche is notoriously difficult to understand because of the way he wrote. He almost never clearly defines his terms so it’s left to the reader to interpret what he means when he speaks about the Will to Power, for instance.

Nietzsche also isn’t a systematic philosopher like Plato or Kant. He doesn’t build up his reasoning, lay out his foundations but instead writes in aphorisms. This is less so in his later works but especially true for his earlier works. He makes use of symbolism and allegory and without a good introduction to Nietzsche, you will not understand many of the more obscure references. As an introduction, I recommend: Nietzsche, philosopher, psychologist, Antichrist, by Walter Kaufmann. Kaufmann was instrumental in restoring Nietzsche’s reputation as a philosopher. Another excellent work is Nietzsche, by Richard Schacht.

It’s very tempting to pick up Nietzsche’s most famous work, Also sprach Zarathustra or Thus spoke Zarathustra in English. When I started reading Nietzsche, that is what I did but I came away disillusioned. I am not ashamed to admit that I understood very little and thought that perhaps Nietzsche was too difficult for me to grasp. I even doubted if this was a philosophy book at all. Had I known then what I know now, I would not have started with Zarathustra.

Nietzsche considered Also sprach Zarathustra his magnum opus and in many ways, it is. Most of his famous concepts such as the Will to Power, Eternal Recurrence and the notorious Übermensch are introduced in this book. But they are not fleshed out or clearly defined. Instead, they are introduced in a mythological way, by allegory. The figure of Zarathustra is Nietzsche’s prophet or perhaps rather Nietzsche as prophet. The entire book emulates the style of the New Testament in a deliberate way. If you seriously want to read and understand Nietzsche as a philosopher, learn from my mistake and don’t dive into this book as your first book by Nietzsche.

So where do you start?

Nietzsche published most of his works in a period of ten years, from 1878 until 1888. Some recommend starting with Morgenröte (The Dawn or Daybreak), first published in 1881. Most of his main ideas are already present but in an embryonic form. Because of that, I don’t recommend starting at the beginning of his philosophic career but rather at the end with Ecce homo, published in 1888. Ecce homo is the last book Nietzsche finished before his famous mental collapse. In this book, Nietzsche himself offers an interpretation of his works, their importance and the importance of Nietzsche himself. It’s full of self-laudatory remarks, which some take as a sign of his impending mental collapse but it might also be that Nietzsche was being ironic when he named his chapters “Why I am so clever” and “Why I write such good books”, to name but two.

After this, I would recommend Zur Genealogie der Moral (On the Genealogy of Morality), which is perhaps his most straightforward philosophic book, with little allegory and symbolism. Next, Jenseits von Gut und Böse (Beyond Good and Evil) in which Nietzsche attempts to prepare the way for a philosophy of the future. I also recommend reading Götzen-Dämmerung (Twilight of the Idols), Der Antichrist, (The Antichrist) and Die fröhliche Wissenschaft (The Gay Science) before diving into Zarathustra. Your understanding and joy of reading Also sprach Zarathustra will be greatly enhanced if you are familiar with these works!

My fourth tip on how to begin with Friedrich Nietzsche is not to go to YouTube or similar outlets for learning about Nietzsche. While there are good quality videos there, it’s not easy to find them. Without a basic understanding, it’s hard to distinguish between good material and bad material. Nietzsche is hard to understand and easy to misinterpret and I’ve seen lots of half-baked attempts at explaining his philosophy online. For instance, Jordan Peterson likes to refer to Nietzsche’s works but I get the impression that he doesn’t always grasp what he quotes in a Nietzschean context. Stick with good, academic sources and Nietzsche’s own works, just to be safe.

My final tip on how to begin with Friedrich Nietzsche is not to give up. If you come across an aphorism you don’t quite grasp, keep reading. Chances are it will become clear as you read on, maybe even from another work. Consuming all these books takes a bit of reading but I promise it is worth your time and effort. Friedrich Nietzsche is an original and powerful thinker and much of what he wrote is still relevant to us today, perhaps even especially relevant! It’s been over 20 years since I bought my copy of Also sprach Zarathustra and even though it put me off at first, it’s a book that has grown on me as my understanding deepened. Once you seriously begin with Friedrich Nietzsche, it will do the same for you.

Nietzsche’s works are available through the Gutenberg Project, a free online library of e-books. If you download them from there, please consider supporting them. You can do so by donating here.